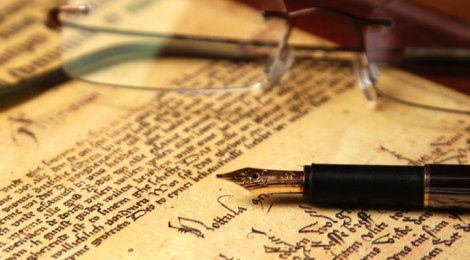 What does the legal profession do?

The lawyer:
a) represents the client,
b) criminal case carries out protection
c) legal advice,
d) agreement, pleading to produce other documents,
in this context) those listed in a) to d) carries out money and valuables safekeeping.

In return for regular supply of duties listed in the minds of so far – if the law provides otherwise – only authorized lawyer. The lawyer may fulfill addition to the above, the following activities:
a) tax advice,
b) social security advice,
c) the financial and other management consulting services,
d) real estate,
e) patent attorney activity,
f) an activity which – with the exception of local government regulation – empowering legislation,
brokering activities with g) regulated by a separate Act mediation process,
h) governed by a separate Act conciliation procurement activities, as well as formal public advisory activities,
h) the company – forming this company has its registered office and registration (registration of changes) in the form of additional Annexes to form an electronic document – prepared by him. This activity is to continue, and who have registered with the Chamber of technical conditions laid down by the Bar Association.

Confidentiality lies with the attorney all the facts and data regarding which became aware of during the performance of his profession. This obligation remains independent of the existence of a relationship attorneys and attorneys operation after termination.
The duty of confidentiality extends to other document prepared by a lawyer and in its possession, even if it’s fact covered by the confidentiality of data included. The lawyer for the official investigation into the lawyer can reveal documents and data relating to the principal of, but the authorities did not interfere with the procedure.
The sponsor, the successor and the legal representative may waive the obligation of confidentiality. The facts and data are such, knowledge of which is obtained as a defender, a lawyer and a lawyer employed exemption in case of a witness who did not listen.
The obligation of confidentiality law firms and their employees, attorneys’ bodies, their officials and employees of governing properly.

How does the law mandate?

The attorney general shall act on the principal mandate. The lawyer seconded to act on the basis of the authority. Between the lawyer and the client of the order occurs when the parties have agreed on the contents of the order, the commission fee and the estimated expenses. The parties may stipulate the use of flat-rate cost as well.
The commission – with the exception of cases of counseling – must be in writing. The lack of a written reservation does not affect the validity of the order, but in this case to prove the contents of the order lies with the trustee.
The client supplies the case of several attorneys can trust, to serve with the case.
The principal benefit of another lawyer that the case can also trust that all the tasks set out in section performs a lawyer.
The lawyer’s lawyer, attorney candidate in her acting foreign legal consultant, as well as other lawyers and European Community Law, European Community Law applied contribution is used to carry out their mandate may use, unless it is the sponsor of the order is established, ruled in writing.

What does it mean and how does the institution of the attorney’s custody?

Escrow considered to be transferred under the attorney for a purpose set out in (goal) a written agreement or other money deposited value.
Lawyer subject of a judicial or deposit money be deposited object, qualified passbook deposit transaction can not be, the securities and the gear must be fitted with a blank endorsement of deposit. These rules should be further understood by depositing the money deposited in other assets as well.
Transaction deposit, which aims to rights and obligations arising under the contract, the Contracting Parties shall ensure the lawyers receive only on the basis of a written contract and pay out only in accordance with the provisions of the contract.
In case of transaction deposit unilateral termination by either party on behalf of the lawyer’s rights and obligations under the escrow agreement should not eliminate or modify.

Types of attorney deposit:
Performance for the deposit with the Depositary destiny in transferring money or value over and accountability that would other third parties to pay the customer, according to the provisions or pass.
Guarding the deposit of funds received by destiny by his lawyer that the conditions laid down in writing in advance due to the occurrence of the depositor.

The lawyer on a commercial scale by security deposit can not deal with, just deposit orders in relation to activities undertaken during and may retain a lawyer in connection with, or in temporary recovery performed by the consent of the depositor.
The lawyer’s deposit will not be linked to financial and other business advice by the lawyer, the client’s credit or investment services or performed by others.
Lawyer non-convertible currency deposit may not accept.

This information useful knowing we had bravely started the law firm.